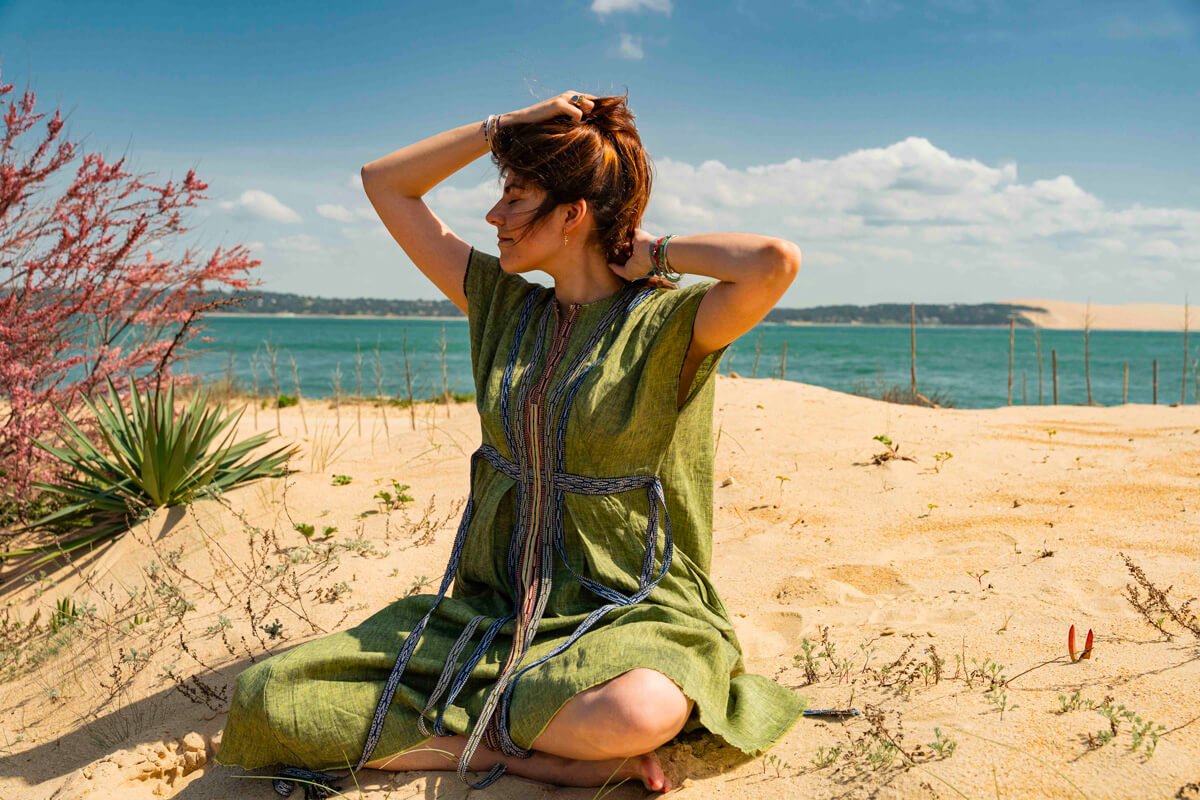 Even though bohemian chic style is very eclectic and combines many different elements, we would like to tell you in this article:

*where it originates from;

* why the boho chic cannot be limited by strict rules;

*and why boho style origins are not at all hippie culture and ethnic style in clothing.

Then freedom-loving nomadic tribes of Gypsies settled in the European region called Bohemia, which began to be called Bohemians. Sophisticated Frenchmen compared the lifestyle of Gypsies with the life of artists – this is how the concept of “bohemia” appeared. Musicians, poets, and actors could afford more than the ancestral aristocracy. Their costumes and hairstyles were bold and chic, and their accessories were provocative.

The origins of the bohemian society’s ideology can be traced back to pre-Raphaelitism, which had a significant impact on the development of the Art Nouveau and Art Deco styles.

Jane Morris, a model and muse for artist Dante Gabriel Rossetti is fairly credited with inventing the boho clothing style. She rejected the corseted look of Victorian women in favor of loose-fitting dresses, which was a radical departure from the norm at the time.

In the XX century, the bohemian hangout style became popular among hippies, who excluded furs and leather from the boho wardrobe but brought denim, natural fabrics, and still relevant layering.

The rebirth of the boho occurred by the beginning of the new century. In 2000, the boho style featuring: long skirts, loose shirts, tunics, ethnic motifs, and decorations appeared in all prominent fashion designers’ collections.

It got trendy again to be against all fashion rules and trends.

Christophe Sauvat, with his outstanding knowledge of antique clothing and textile, was not an exception. By that moment, he had already had a successful experience with boho chic style as a co-founder and creator of “Antik Batik” in the early 1990-s.

But in the 2000-s, his passion for the boho style turned into his own brand, “Christophe Sauvat.” Hippies and pacifists’ evocative military jackets with plenty of embroidered patches, denim shirts with rivets and eagles, and jeans with patches of all kinds. Timeless pieces you can order any time at www.marinaanouilh.com

Bohemian chic is about rejecting popular trends, ignoring fashion canons, and not following the changing seasons.

The basics of the style have remained the same for centuries and include floor-length skirts, vests and tank tops, cotton sundresses, and loose tunics.

The boho style combines different cultures and subcultures, from gypsies to hippies and pacifists. It has become almost mainstream thanks to its popularity with famous designers and celebrities. It is characterized by relaxed, comfortable clothing with ethnic and military influences. Its popularity is due to its independence from fashion “dictatorship,” its endless possibilities, and timeless relevance.

As we already mentioned, it is often associated with hippies, ethnicities, gypsies, and denim. It is also characterized by its mix of loose and form-fitting silhouettes.

Fans of this style often choose things with oriental ornaments, traditional Paisley print, abstraction, fringe, and lacing. There are no specific color solutions for this style. Still, natural shades such as ivory, sand, caramel, terracotta, brown, milky, and white are often used.

The Gypsy roots of the style brings right sets based on red, green, blue, and fuchsia are among the favorites with many adherents of bohemian chic.

Accessories play a huge role in shaping the image of the boho style. “It” girls worldwide choose light tunics, denim tank tops, and slightly baggy trousers instead of many layers, flounces, and embroidery. Fashion critics claim that the most expensive elements in an authentic boho look should be the little things and details.

Long or hoop earrings, thin and large bracelets in several rows, large pendants and natural stones, and wide belts with rivets and ornaments are the “milestones” of the style’s DNA.

Today, adherents of the bohemian style are not frivolous “Flower Power” hippies, but active public figures, adherents of eco–trends, and strict vegans. The wardrobe of representatives of bohemian chic is a set of natural fabrics and recycled materials.

Generally, the boho style is about freedom in choosing clothes and accessories. Still, it is also essential to maintain a balance between a bright, bold image and horrible taste. This is rather a way of life than a style, and it is the foundation on which most modern fashion trends with a vintage twist have been formed. For example, Asian street fashion trends such as the “mori girl” and “dolly kei” are based on the boho style.

Some fashion critics and fashionistas consider bohemian chic is being too convoluted, even otherworldly, and excessive. But all of them agree that it is enigmatic, provocative, and attractive at the same time with all its unpredictable combinations and the scent of adventures. 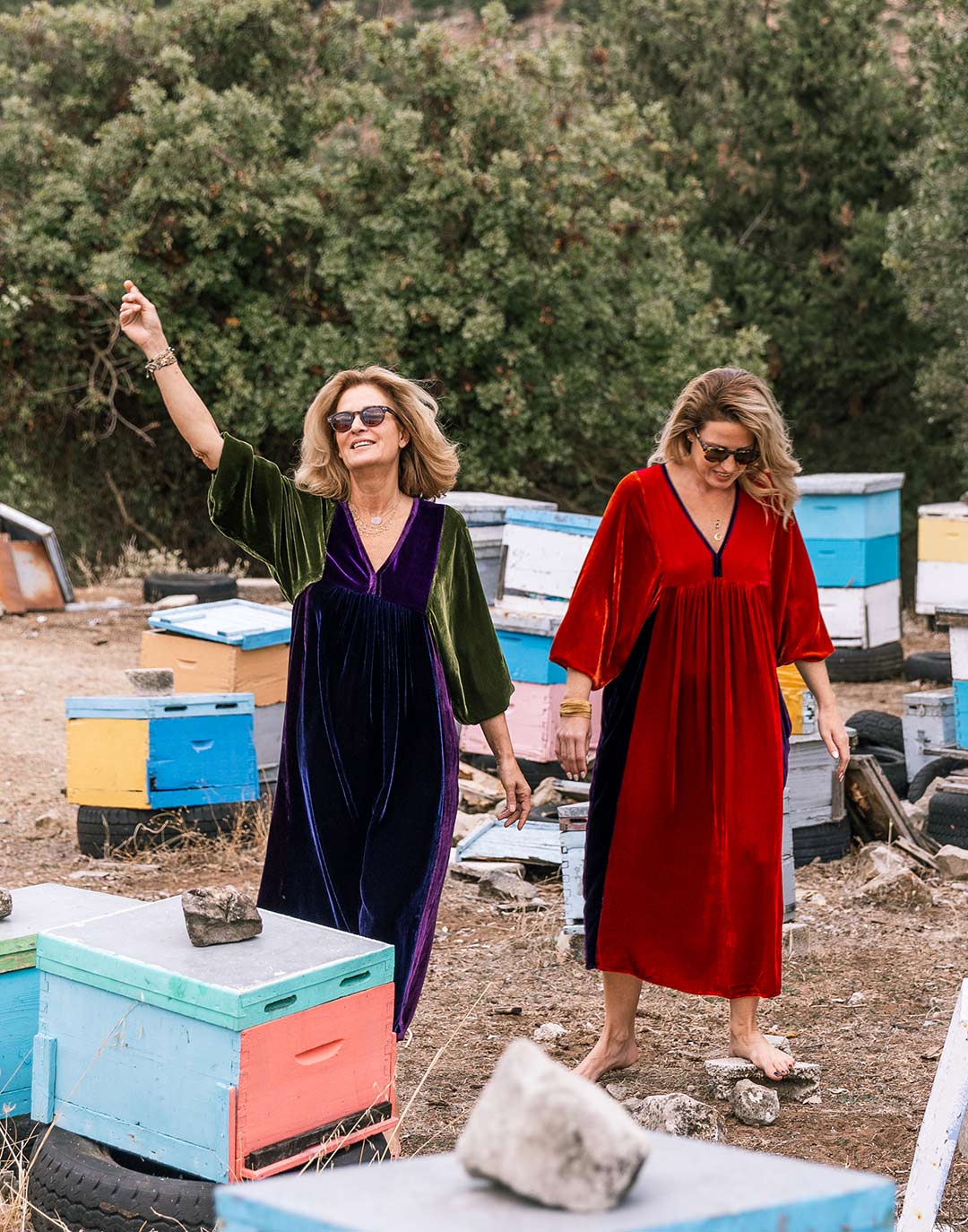 A password will be sent to your email address.

We use cookies on our website to give you the most relevant experience by remembering your preferences and repeat visits. By clicking “Accept”, you consent to the use of ALL the cookies.
Cookie settingsAccept
Manage consent

This website uses cookies to improve your experience while you navigate through the website. Out of these, the cookies that are categorized as necessary are stored on your browser as they are essential for the working of basic functionalities of the website. We also use third-party cookies that help us analyze and understand how you use this website. These cookies will be stored in your browser only with your consent. You also have the option to opt-out of these cookies. But opting out of some of these cookies may affect your browsing experience.
Necessary Always Enabled
Necessary cookies are absolutely essential for the website to function properly. These cookies ensure basic functionalities and security features of the website, anonymously.
Functional
Functional cookies help to perform certain functionalities like sharing the content of the website on social media platforms, collect feedbacks, and other third-party features.
Performance
Performance cookies are used to understand and analyze the key performance indexes of the website which helps in delivering a better user experience for the visitors.
Analytics
Analytical cookies are used to understand how visitors interact with the website. These cookies help provide information on metrics the number of visitors, bounce rate, traffic source, etc.
Advertisement
Advertisement cookies are used to provide visitors with relevant ads and marketing campaigns. These cookies track visitors across websites and collect information to provide customized ads.
Others
Other uncategorized cookies are those that are being analyzed and have not been classified into a category as yet.
SAVE & ACCEPT